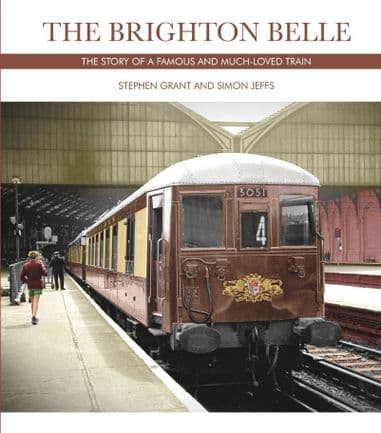 Send to a friend
Print
By Stephen Grant and Simon Jeffs


﻿﻿To travel on the Brighton Belle was to travel in style, a style more closely associated with the Orient Express on extended ventures overseas than a journey between London and Brighton that took less than an hour. Businessmen used it, but so too did many people in radio, television and the theatre. Indeed it was a campaign to keep it running organised by a group of celebrities that saved it (albeit not for long) from the axe in the mid-1960s. It last ran in the spring of 1972, by which time its magic had faded to some extent, but it is still remembered with affection today.

Almost all of the fleet has survived in one form or another and one may still enjoy these Art Deco masterpieces on the VSOE British Pullman train and, excitingly, the Belle may run again as the 5Bel Trust seeks to restore a unit to main line service.